Nanna Oland Fabricius, known to fans around the world simply as Oh Land, has done numerous international headlining tours over the past 10 years, in between supporting dates for such acts as Katy Perry and Sia. These albums have paved the way for a growing discography of hits, including “Sun Of A Gun”, “White Nights”, “Wolf & I”, “Renaissance Girls” and “Head Up High”, to name a few.

”Desert Island is a very dynamic track- sort of like a story - and I wanted to really take advantage of this chance to make dynamic music, since it is intended for DALI speakers capable of playing the full scale of frequencies and showcasing a more authentic music sound. We played the song as a full take with everyone playing together. We selected the best take and only added a few elements afterwards. It was great fun to bring the journey of the song to life this way. No programming, click tracks or grids - just musicians in a room together following their instincts.”

The track was recorded live with acoustic drums, adding an analogue drum machine, a modular synth and some vocals afterwards. The keyboard player used a lot of analogue synths that we ran through some old reverbs (EMT 251, Lexicon 480, AMS RMX 16). It made a huge sound, which we complemented with a modular synth triggered to the hi-hat to make those rhythmic glitches and noises. 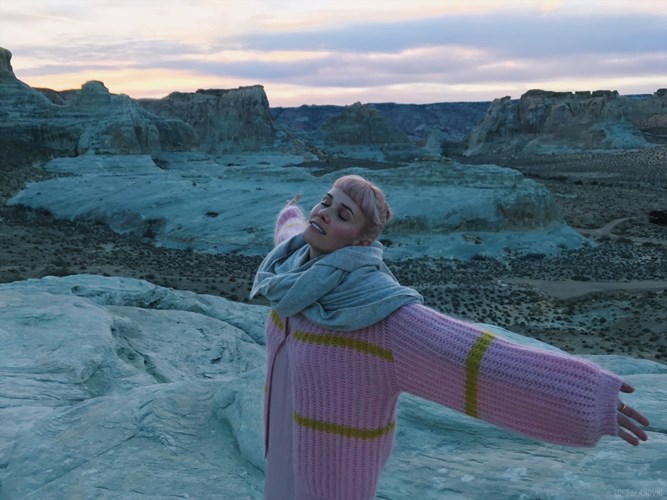