She released the EP called Skisser ("Sketches", ed.). Because that’s what it was. Intimate home recordings from her bedroom that wasn’t intended for the world to hear.

But they certainly did reach the audiences ears. Response was overwhelming and the EP received praise from the likes of The Guardian and Interview Magazine.

Home made sincere music
The rest is already history. As we speak to her, Alice Boman is in the US doing concerts and PR.

It’s Los Angeles, and it’s a sunny morning outside a café at Sunset Boulevard, some old music is playing in the background, cars are driving by, people around her are having breakfast in the shadow, she tells us.

Why are these intimate, analogue recording so effective?

- I think it’s often in the atmosphere of a song. Music that feels sincere or music that I can relate to touches me. So maybe that’s it. That people can relate to what I’m singing about.

In other words, simplicity is a keyword to Alice Boman. She has - simply - stated that “My lyrics are quite simple and maybe don’t give room for a lot of interpretations.
So maybe there is not even any need for descriptions. And anyway, I like it when you let the music and the lyrics speak for themselves.”

Great songwriters
When we ask her which three all-time favourite songs, she would like to have written herself, she mentions simple and melancholic If I Needed You (Townes van Zandt), Videotape (Radiohead), and If You See Her Say Hello (Bob Dylan).

Those three are wonderful, just such great songs, as she puts it.

Such artists inspires her as well when she’s creating new music:

- I often get and urge to write and sing, when I have seen or heard or read something that has touched me. Sometimes, when in the middle of watching a movie or reading a book, I have to stop and go grab a pen and paper and find something to play on.

- And also when traveling. There’s something about being on the road, being in between places that makes me want to write. Great songwriters such as Bob Dylan, Leonard Cohen and the likes inspire me. Or simply: good songs. Music that feels real always gets through.

- I think it’s great, how people are able to reach out to so much more people now. Or, at least it makes it easier to do so. But then, there is also so much out there, it sometimes feels overwhelming.

- That goes for the music scene as well. It feels like people can do whatever they want. Like there’s a very tolerant and open atmosphere. But there is so much music out there.

- I am not the most updated one, though. I think I listen a lot more to older music than new one, Alice Boman states.

She sits at Sunset Boulevard, in the States playing and promoting her quiet music. And soon, in the beginning of June, she’ll be releasing a second EP.

Then doing some summer festivals mainly in the UK. Then hopefully get the time to write and record more songs. It all feels very exciting, she concludes. Things are happening right now to Alice Boman. 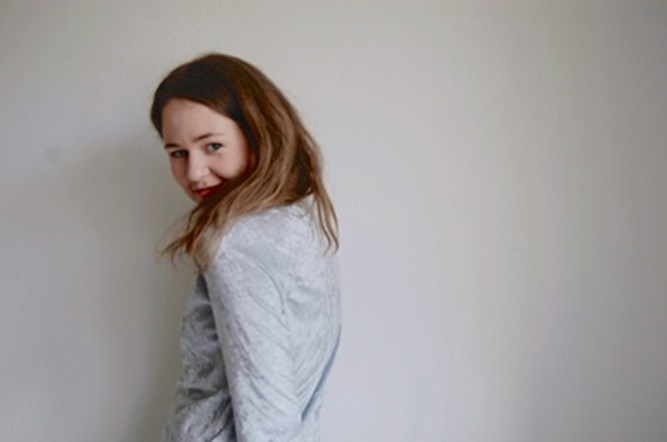