Being irreplaceable
The fast-talking/singing 38 year old New Yorker is not traditional in any respect. That goes for his views upon so-called “good sound” as well. But first: Where does he see himself on the music scene – being this rare combination of music and comic books?

- I’m sort of outside of both scenes. I'm not really fully in the music scene or fully in the comic book scene; I'm a bit stuck between, Jeffrey Lewis explains.
- In all the years that I've been doing this, I haven't seen another band that does anything like what my band does, so that's a good thing. We're the best at this. We're the only ones at this!

- I've noted that 99.2% of all bands could evaporate from the face of the earth and it wouldn't make much difference to the music and culture scene. The average band is replaceable with the next band; but my band is different. Not everybody will love it, but when we're gone you probably won't find anything like this to replace it, he states.

Only good songs matter
Jeffrey Lewis isn’t traditional and has the courage of his convictions. When it comes to so-called good sound seen strictly from a creative songwriting point of view, his statements may be surprising as well:

- I think "good" is usually the enemy of real quality. You can hide behind "good" gear, a "good" guitar, "good" recordings, "good" amps and speakers and whatever, but none of that means that you have any art of value to yourself or to anybody else, Jeffrey Lewis says.

- It's only your heart and the listener's heart, with the blank page between you, that's the place where you have a chance to meet and make life worth living. If you get scared you think "maybe I need to spend more money on a nicer guitar" or some other silly thing like that, just to distract yourself from the real struggle.

- Usually I'll just write a song at home, then take it to the band in practice. And we'll play it on stage the same night or within a couple nights, to get it together for real as fast as possible. That'll help me know what works and what doesn't work. You can really only tell if you're on stage with it, I think.

- But at this point, I have already felt finished so many times in the past. I clearly remember feeling totally creatively bankrupt in 1999, in 2000, in 2001. Basically every point in my life doing this.

- And yet somehow I cheated and murdered and crept and stabbed and blundered and cried and found myself once again riding on a wave of total artistic victory, making myself so happy with what I was creating and doing, he says.

Creativity is a drug
He finds making creative things to be a drug with tremendous highs and lows. An emotional gambling problem, and I am addicted to it. So even though he doesn’t think he’ll do it again, he probably will.

- Actually I just released a new album: “Jeffrey Lewis & The Jrams”. We recorded and mixed and mastered it all in one day. I made a 1.000 copies and I’ve been selling them on tour and on my website.

- If I sell them all I can’t decide if I will re-print it or work on the recordings more and make more of an “official” album out of it. Also, I just released “Fuff#9” in my comic book series. Currently, I’m doing an illustrated music video for this Belgian songwriter, Milow.

Taking it one day at a time
Jeffrey Lewis is sitting in his living room in NYC as we talk to him. It’s snowing outside. There’s still snack and beer bottles sitting around from last night, because once a week he invites a bunch of different artists over and they just sit around and draw and listen to records and talk – so the next, he has to clean up the mess.

- I'm listening to all my Spirit LP’s today. Nobody really cares about this 60s band Spirit, and I don't really care THAT much about them. But I just noticed that I somehow own their first 4 LPs, just randomly buying one now and then over the years, and each album has at least a couple good songs on it, he explains.

- So now that I've realized I accidentally have built up a little collection of Spirit albums, I'm re-listening to them all. So right now I have to get up from this couch and go flip the record over. 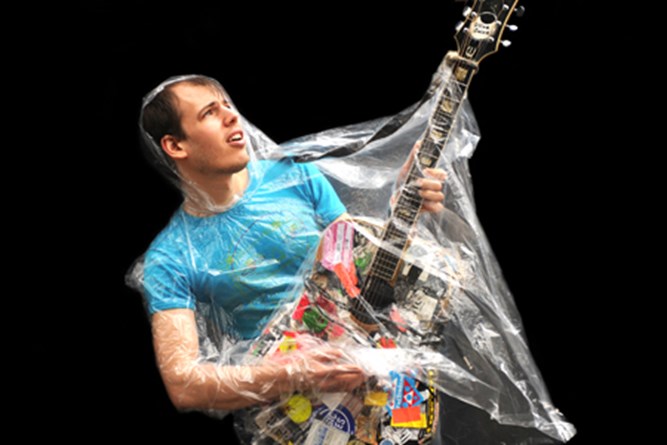 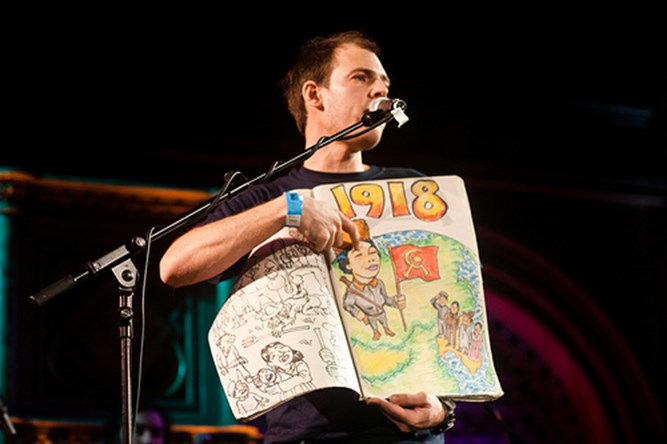 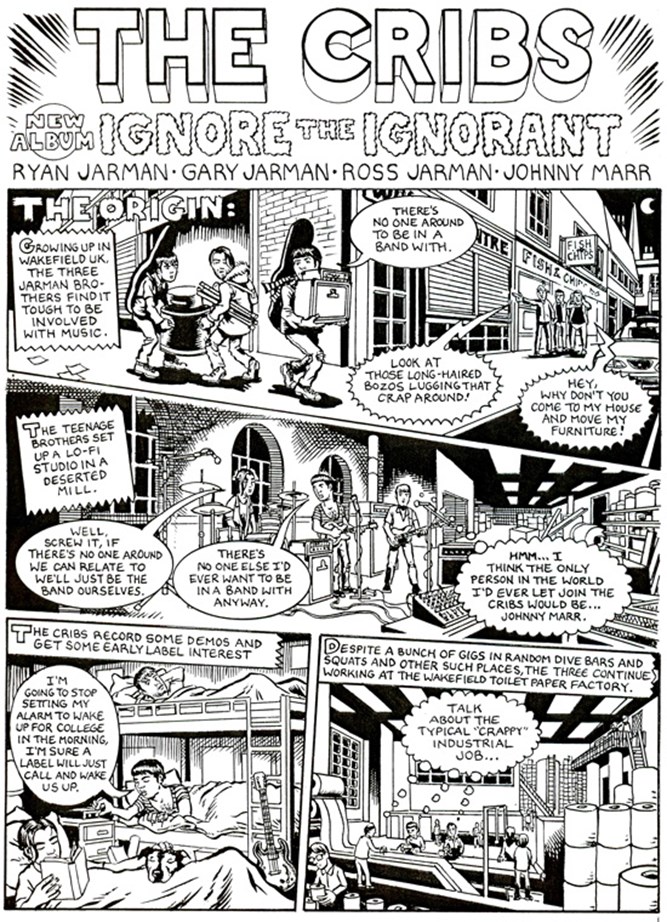