WE HAVE BEEN FORTUNATE!

The world of music is changing
The acoustic duo is composed of Brenley MacEachern (vocals, acoustic guitar) and Lisa MacIsaac (fiddle, vocals etc.) and usually perform with a live band on stage. They have been around for some eleven years now, have found a loyal audience, and come into a sound of their own along the way. A sound and style that has been refered to as “city-folk”. Naturally, the duo has witnessed the changes in the music world during this last decade:

- Yeah, we’ve have been a part of that change. Retale sales going down, the digital era and so on. But we’re lucky! People still buy records. Though the young generation download a lot, but then again – you can reach more people that way, Madison Violet singer, guitarist and songwriter, Brenley MacEachern, explains.

Music is subjective
She and the other half of the duo, Lisa MacIsaac, have certainly tried their best to establish a life in music and a loyal fanbase by being on the road so frequently. Their music seems to work well internationally and Brenley doesn’t see too many differences in how audiences react to their music from country to country:

- No, not really. Music is so subjective. It doesn’t matter that much where in the world you are, Brenlay says, since it varies from region to region in a given country.
- Maybe it’s more folky in the North of a region or country than in the South. So not really.

Being on the road a lot means a close relationship. As I mention Dave Davies of The KINKS talking about the complementing element in the relationship between him and his brother, The KINKS lead singer Ray Davies, Brenley comments:
- We do a lot of writing together, we write quickly and it works very well generally. Of cource, there are moments of arguing. But I think it’s a chance meeting [Brenley and Lisa, ed.] – we’re fortunate to have found each other. It works well between us.

When two voices become one
One of Madison Violet's top qualities on stage an recordings is their vocal harmonies:
- Well, I think you nailed it. It’s not easy to find voices that blend together that well. We’ve all heard people like Simon & Garfunkel, where two voice become one.

Humour and melancholy
It’s not all harmony, though. Often, there’s a doubleness to be found in the songs of Madison Violet. Something bittersweet and melancholic and at the same time humour and down-to-earth logic in words as well as in music and instrumentation.
- We try not to be too dark, Brenley agrees. Previous to recording their latest album, “No Fool for Trying” (2009), Brenley lost her brother, and Lisa lost a close friend.
- So we did have that feeling of melancholy. But there’s still a lot of hope on that record – and then there’s some mandolin and so on. We’re mostly happy people!

Good sound matters
And good sound matters to these mostly happy people:
- There’s nothing better than good stereo and good speakers. In the studio we work in ProTools, in different studios, what’s available. The point is what sounds best!

Madison Violet release a new album in September 2011:
- We have written quite a few songs for it. Pre-production starts in February, and then recording in March. I don’t believe it’ll be something completely different from the previous records, but songs change some times. For instance, if a new player comes in – then things change. The new record could be a surprise to you as well as to us!, Brenley concludes over the phone on the road, where the band has spent so much energy during the last decade. It’s time for Brenley and Lisa to move on to their next gig. 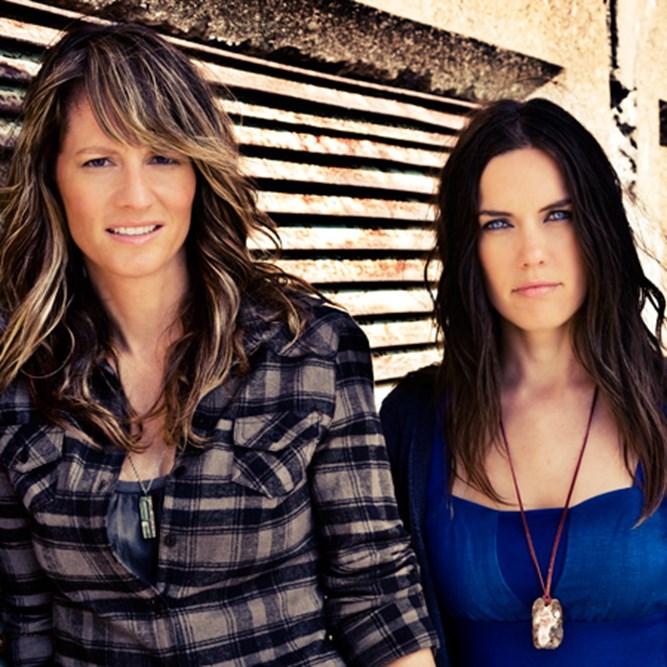