A JOURNEY THROUGH THE HEARTS

The street is the best school
We talk to Riders Connection as they have just released a brand new single and sit in a “comfortable” 8 seat van “staring at the highway while eating some good takeaway food”, as they put it.

They’ve built a loyal fan base around the world and have toured e.g. Germany, Switzerland and South Africa. Yet, they never forget their origins in the streets:

- Playing live on the streets, the feedback of the audience is the most honest feedback you can get. It’s our roots, which we keep on holding on to. We see too many artists lose connection with their musical roots once they start getting more popular. And to us, the streets is the best kind of performance in order to keep us grounded, says Moritz Eickworth, Riders Connection’s beat boxer who does all the band’s percession sounds using only his mouth to produce them.

It comes from the heart
Along with bass player Alexsej Solod and vocalist and mouth trumpet Phillip Ressel he forms the world of Riders Connection. And they’re not keen to peg their music into one genre:

- To us, it’s a polystylistic mix of different influences. It comes from the heart and goes into the heart, Moritz Eickworth explains.

Since they always seem to have difficulties describing their own music, we let a personal friend of theirs do the trick:

“A good word to describe your music would be disparate. That means it’s different and not comparable. Your music is a mash-up of various influences, of genres that come across as easy moves and easy grooves. It reaches out to people who are one foot tall all the way through to the ones that have to bob their head as they are unable to resist the beat while they sit in their seat."

Well, that’s one way to describe it. Riders Connection just released their new single, so why not try listening here for yourself and form your own impression of the song “Colour Me”:

- As with several of our songs, the origin is an unfulfilled love. Whenever you are sad or down you can change it by letting some colours into your life, the band says.

It’s nice until the police arrive
Riders Connection’s music doesn’t sound particularly German, but rather international. And inspiration does come across from many different sources, styles, and places without geographic bounderies. And again, not least the streets:

- Our music mostly derives from improvisations and jams on the street, on the beach, in our living rooms or at parties. We find worlds of creativity in bands and artists such as Bob Marley, Gentleman, 5Nizza, Nirvana, Sublime, old-school hiphop, The Whitest Boy Alive, Bukahara, Louis Armstrong, Bach, and many, many more, Moritz Eickworth says.

He mentions “Master Blaster” by Stevie Wonder as one of the band’s all-time top 3 favourite songs. Riders Connection already did a cover of it with the befriended band, Noahs Boat. Performed with two basses, two guitars, drums, beatbox, percussion, sax, and three voices, it sounded massive, according to Moritz Eickworth.

“My Name” by the before-mentioned Bukahara is another favourite. Vocalist Phillip Ressel occasionally even does a version for himself to enjoy a freaking good songwriting. Also a track as “Ain’t Nobody” by ChakaKhan is a joy in the world of Riders Connection.

Their perception of good music and good sound is equally closely associated with the acoustic strengths of live performances:

- Since we have no acoustic drum, the sound on stage is crucial. We need a clear and powerful monitor sound to be able to perform. Whereas on the street, we use our set up with car batteries. Which is nice until the police arrive, Moritz Eickworth jokes.

The analogue way of life
- We are aware of the possibilities of the digital world. And we use it as much as needed. However, we don’t have the time to find ourselves through the masses of information. We have a more analogue way of life. We go on tour and sell our music on CD’s directly to the people. With a personal message and a smile, he says and speaks highly of the principle of crowdfunding:

- In our opinion, crowdfunding is a good thing. It should also be used not only to finance artists careers, but all creative directions which are not financed by politics or people in power. Let’s crowdfund a better world for everybody!

Riders Connection are musical children of the streets. And they intend to keep writing and performing music based on these roots as a journey through life and music:

- We don’t want too much. Since we’re happy when we can play without financial pressure, so that we one day are able to feed our families by doing something we really love. We want to be able to grow and develop our music in a sustainable way. 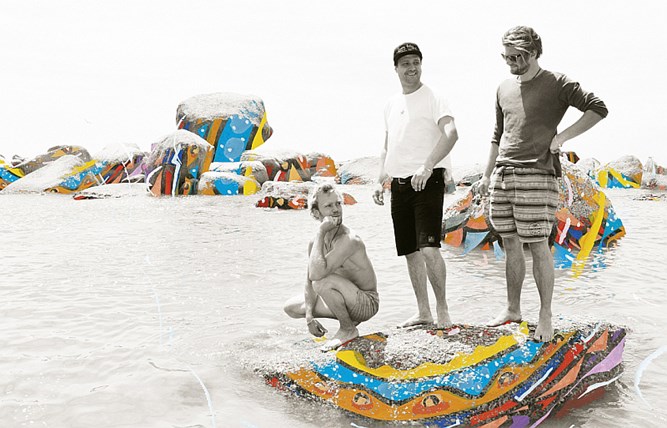