We talked to the man with with the distinct voice about his career so far and his brand new album produced by Bob Rock (Metallica, Aerosmith, Cher).

Your 11th album, "Long Player, Late Bloomer", is out worldwide March 2011. What can we expect from the new album?
- Well, it's a bigger sounding record than I've made before. Musically it falls somehere between "Blue Boy" and "Retriever" - at least I think so, Sexsmith explains.

Dusting myself off
This new album seems to be fueled partly by Sexsmith's failure to make the big breakthrough that most of his fellow musician colleagues and loyal, international fanbase world wide hope for, partly by personal changes in his private life. Elvis Costello for one suggests that Ron Sexsmith is "cursed by having been born out of time ". That is, if he had been a part of the rock industry a few decades back, he would have been the star his talents justify. Which apparently is reflected on the new album, "Long Player, Late Bloomer":

- This album is, I think, coming from a different place lyrically than any of my previous records. It's not so much a sensitive or vulnerable record as it is coming from a place of feeling a bit disillusioned and wounded by personal failures. It's also about picking myself up and dusting myself off so to speak. Still, there are love songs, a couple of story songs and humour as well.
Elsewhere, Sexsmith has joked that he has "...made all these Lars von Trier records...I see this record as my action movie!". True enough, "Long Player Late Bloomer" sounds upbeat, yet lyrically it's Sexsmithian disillusioned.

Heroes
As to his admirers, including Paul McCartney, Elvis Costello and many more, Ron Sexsmith takes a humble stand:
- It's beyond belief for me to have met some of my heroes. It encourages me in my writing as I try to follow in their footsteps.

For the new album, he was even blessed by getting a "yes" from top-producer Bob Rock. And the two of them had a very good collaboration, Sexsmith has explained in several interviews. Although he takes part in the recording process to a considerable extent, he knows his role to play:

- I'm very much involved from start to finish, but I'm not a producer so I have to place my trust and songs in the hands of people whose opinions I value and who I think can help me do what's best for the songs.

The perfect song
Naturally, these songs are a main focus to the Canadian. So what is the perfect song to him?
- A perfect song for me I guess, is one that is concise and that has a a distinct melody and vibe.
After all these years and acknowledgements, Ron Sexsmith is still out there crooning - writing his tender, melodic songs, recording, touring, hopefully expanding his fanbase and developing his craftmanship as a songwriter, singer, musician even further. When asked what keeps him motivated, the answer is simple:

- It's the only thing I know how to do really... and I still love doing it.

There'll be a documentary out about the making of the new album, and you can meet Ron Sexsmith on tour in the US and Europe throughout 2011. 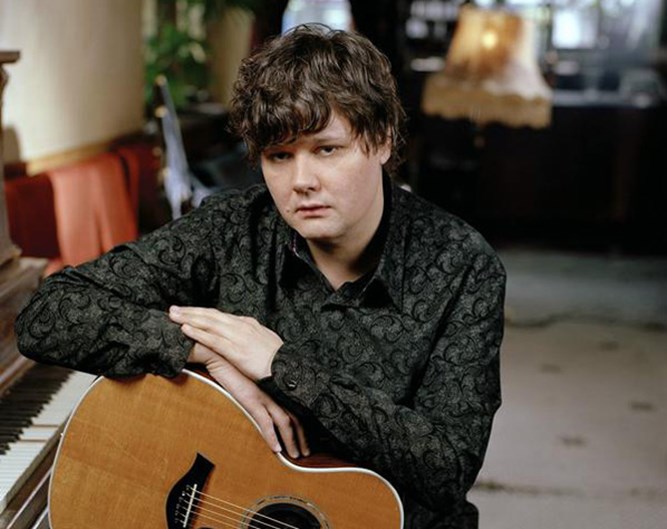