- I’ve always had a passion for good and natural sound recordings, because they allow the instruments to show their qualities. I enjoy my favorite CD’s – old and recent – the same way one enjoys a very refined meal, says Boris de Larochelambert.

- The same goes for loudspeakers and headphones, of course. It’s crucial to me to feel that no particular frequency is being boosted. That the sound is as rich and detailed as possible, he continues.

It’s Duisburg, Germany, Fall 2013.
A train is moving towards France very early morning. While the sun comes up slowly on the German countryside, Boris de Larochelambert is having a relaxing and peaceful moment after an intense concert interpreting music from Buxtehude to Liszt. And taking time to share his views on sound, classical and rhythmic music, acoustics, and good sound with us.

The greater composer the harder
In an earlier interview we heard that the most challenging composer to interpret is Bach. And Boris de Larochelambert from the French, classic ensemble Trio Chausson comes up with a familiar answer although not specifically mentioning Bach, but lifting the question to a more general level:

- The greatest composers are always the most challenging to play since their language really requires you to know their background, cultural influences, and how they transformed all this into a perfectly shaped and personal work. I'm thinking of Beethoven and Brahms, of course, Boris de Larochelambert says.

It’s a tough choice to him, since “we love nearly all music”. But if he had to pick a few favorite composers to interpret it would giants such as Haydn, Beethoven, Brahm, Chausson – of course – and Ravel. Because they succeed in combining very elaborate structures and the highest of inspiration.

Some other trios are so emotionally rich that it's better not to play them too often, just to refill with emotions, like Chausson, he continues.

According to Boris de Larochelambert, the travels and the musicians they’ve met along the way have been true inspiration to them – especially everything they felt and learned in Germany and Austria since a great part of their repertoire originates from there.

Beethoven and Bartok are modern
Trio Chausson also tried interpreting modern, rhythmic music during their career up until now. Transitions in concerts mixing jazz/pop and classical trio music. Which always is a fun experience to the trio, since all three like playing rock or (“very modestly”, as they put it) jazz for themselves.

According to Boris de Larochelambert, improvisation is sometimes a good way to start a rehearsal, because “It brings us instantly connected”. And they get inspired by modern day or rhythmic artists as well:

- Actually, it’s hard not to be, since we find very “groovy”, rhythmical aspects in e.g. Beethoven’s music. Or Bartok even more. It is important in our line of work to feel these rhythmical aspects as a precursor of what was to come.

Basically, rhythmical energy had a different meaning, and other parameters can become more important – such as harmony and dramatic tense.

Shoe boxes and churches
As mentioned, Boris de Larochelambert finds great pleasure in good sound recordings and their ability to transform electric energy into exquisite frequencies and a natural, rich, detailed acoustic. According to them, a bad sound recording can distort or muffle an interpretation.
And naturally, acoustics is generally a highly important element to the classical trio – on recordings and live:

- This is for us a matter of balance. A light reverberation is very enjoyable, so the best halls for us are the wooden ones (e.g. the Kuhmo Concert Hall in Finland) or “shoe boxes”-shaped, as the Vienna Musikverein Brahms Saal, which bring no echo, but are not dry-sounding, Boris de Larochelambert explains.

- They allow us to play without tweaking the balance just as we would at home. Churches with too much reverberation (sometimes 6-7 seconds!) are quite difficult, because they force us to change tempi, articulation, give little rests for big dynamic changes, etc. But they're quite rare and a church concert is usually very agreeable for us, he says.

- The situation is different whether you are a piano trio, a quartet, or a solo pianist. We are lucky enough to have a repertoire of our own, about 80 pieces today, that somehow reflects our personalities (the transcriptions especially), to get to play and record it, the pianist tells us.

Haydn recordings coming up
The Trio Chausson have been very busy. Since the last Folle Journée in Nantes and the creation of Chausson’s Triple Concerto – a beautiful transcription of the Concert written for them by Matthieu Lamboley – the trio have had several projects of triple concertos – e.g. 4 times Beethoven in Germany in June, 4 times Chausson in Paris, Clermont, Rouen etc.

-The perspective is exciting to us. Working long-period with a wonderful conductor such as Robert Fores is as well. And at the moment, we’re also in the preparation of a Haydn recording after years of concerts and experimentations.

The true and professional love for music is obvious talking to Boris de Larochelambert, as he excitedly concludes the German train interview:

-The ornamentation and cadenzas are incredibly free and stimulation to improvise! 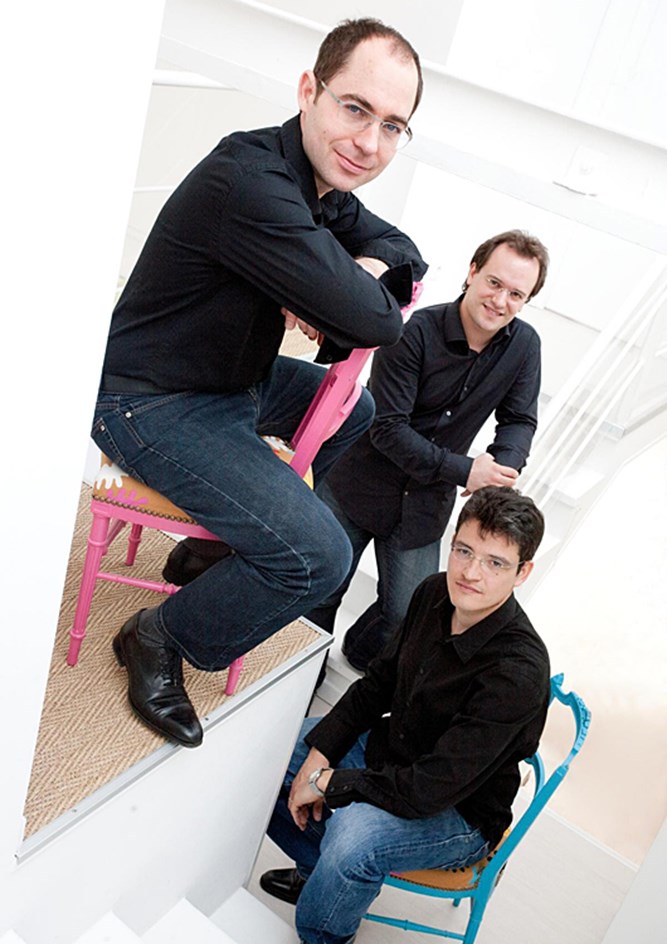 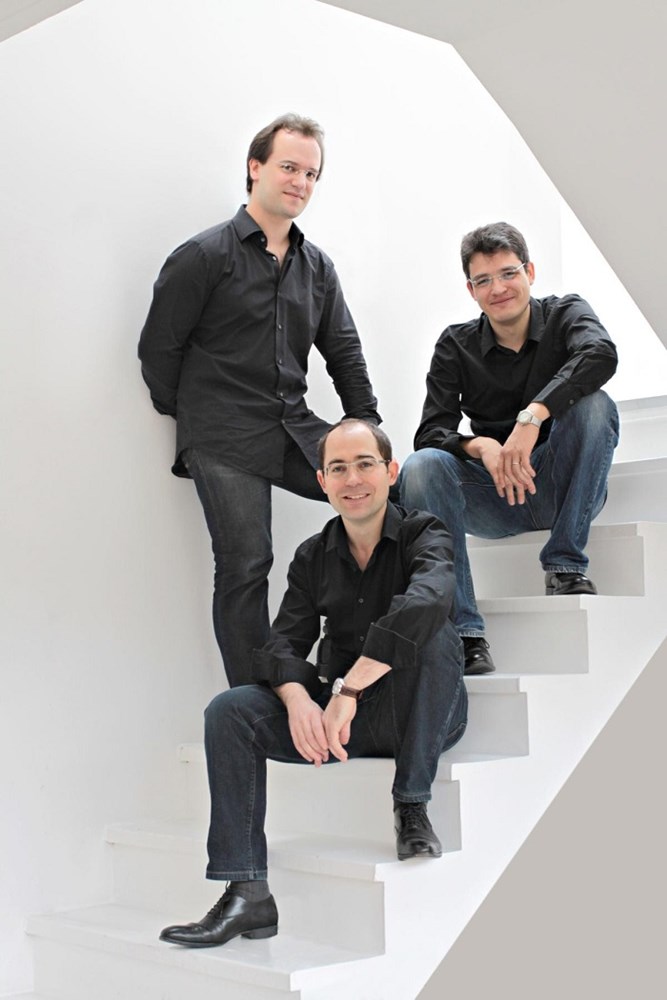 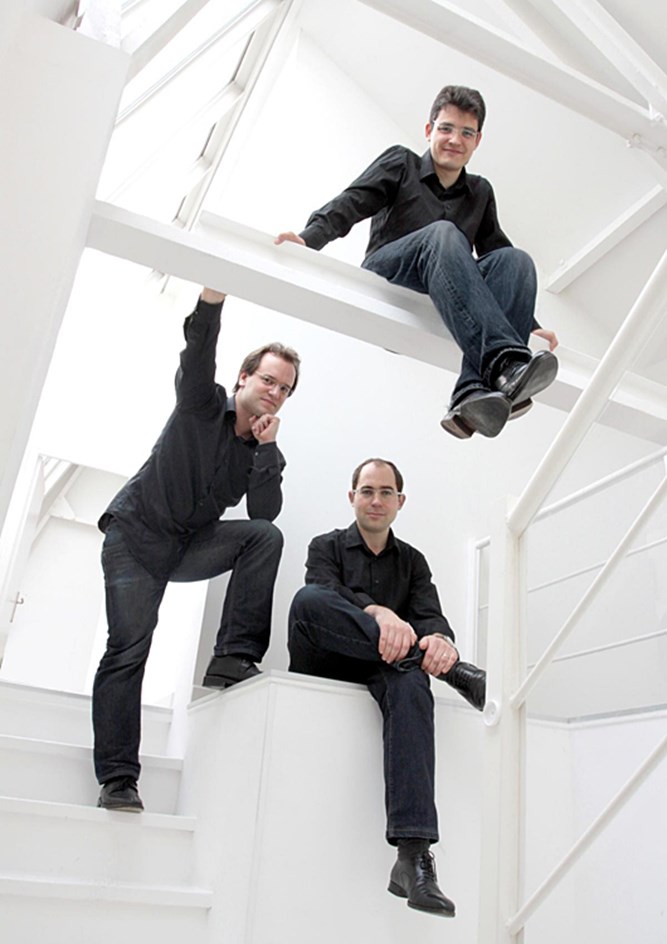