Pocket-lint, one of the largest UK technology sites, has fallen completely in love with our KUBIK FREE: ”DALI has managed to balance everything perfectly, and the result is the most exciting thing we’ve heard for a long time.”

When Pocket-lint had their hands on a pair of KUBIK FREE, their biggest concern were if a pair of Bluetooth speakers could be justified to cost nearly £1000. Their concerns were truly proved wrong, and the result is an outstanding review giving the KUBIK FREE 5 out of 5 stars.

With the Bluetooth AptX feature, the KUBIK FREE delivers the best possible quality over the wireless audio system, and the reviewers “[…] played content from Google Play Music, from our own downloads, files ripped from CD, as well as som high-quality studio master tracks that we have on our PC. It all sounded absolutely fantastic.” Everything with the Bluetooth connection worked brilliantly, and the quality truly was surprising and impressive due to the fact that the reviewers have tested loads of Bluetooth speakers. According to Pocket-lint, the clarity is unique and this is a true statement to the engineers at DALI because of the amplifier specifically build to the KUBIK FREE. There are many other great connection opportunities to the KUBIK FREE, which makes the usability of it so versatile.

As for the performance, we must say that we got goose-bumps just reading the review from Pocket-lint. “We’ve pretty much given the game away already, but we don’t think we can state this too often. These speakers sound amazing. Not amazing in the context of Bluetooth speakers, but actually properly amazing in the context of speakers in general.” The bass is tight and manages to sound powerful without being overwhelming. This is also one of the reasons for that Pocket-lint wouldn’t recommend to add a subwoofer: “DALI has spend so much time tuning the speakers to sound amazing, that adding a sub will just render much of that pointless. […] it’s just not needed.” The midrange and the high frequencies are just as perfect as the bass performance: “The sound is clear and so perfectly balanced that we could hardly believe it was coming from something at this price point.”

The conclusion is breathtaking: “We know the DALI KUBIK FREE is an expensive speaker setup, but that doesn’t alter the fact that these speakers are just about the best thing since sliced bread in the audio world.” These speakers are without any doubt absolute perfection, and “[…] the cost melts away when you listen.” The KUBIK FREE setup is “[…] perfectly suited to the job they were designed for: delivering great sound.”

The full review is available at Pocket-lint.com. 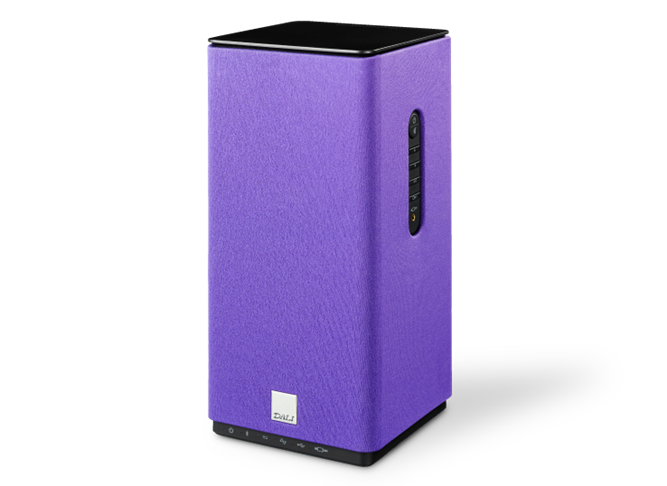