'Bach Up To Me' is superbly recorded with brilliant fidelity and presence. The album "Dick Hyman plays Fats Waller" from which this track is taken i a highly personal homage to Fats Waller.

Dick Hyman is a very versatile musician. Besides being a busy concert pianist and playing the organ, he also composes, arranges and performs as a conductor. He has composed music for several movies and Woody Allen often uses Hyman's music for his movies.

The album from which we selected this track is special in more ways than one. It was recorded on a Bösendorfer Reproducing Piano, a piano connected to a computer to "record" the actual mechanical movements made by the pianist and then accurately reproduce them. Instead of recording his performance on audio tape the computer registers all the key and pedal movements made by Hyman on the Bösendorfer Piano. Then, instead of editing the audio tape, Dick made changes to the computer file that was generated to add the final touch to the performance.
Finally, to add complexity, the recording made by Dick Hyman was reproduced by the Bösendorfer Reproducing Piano and recorded directly to a CD glass mastering unit, effectively creating the world's first "direct-to-CD" recording. This, however, was easier said than done as no CD duplicating plant has a recording studio next to its glass mastering facility. So the CD's were replicated as so-called "Gold Discs", adding a high-end touch to the approach of this project.

A lot of work for a piano recording but we think it was worth it.

The album "Dick Hyman plays Fats Waller" from which this track is taken i a highly personal homage to Fats Waller (1904-1943) who was both a superb songwriter and a great jazz pianist. Hyman provides virtuous treatments of the pieces on which Waller developed the art of stride, imbuing them all with his own distinct personality. We chose this track because it is superbly recorded with brilliant fidelity and presence. By the end of the track one could easily be led to believe that there is more than one pianist playing. Not the kind of piano one hears every day. 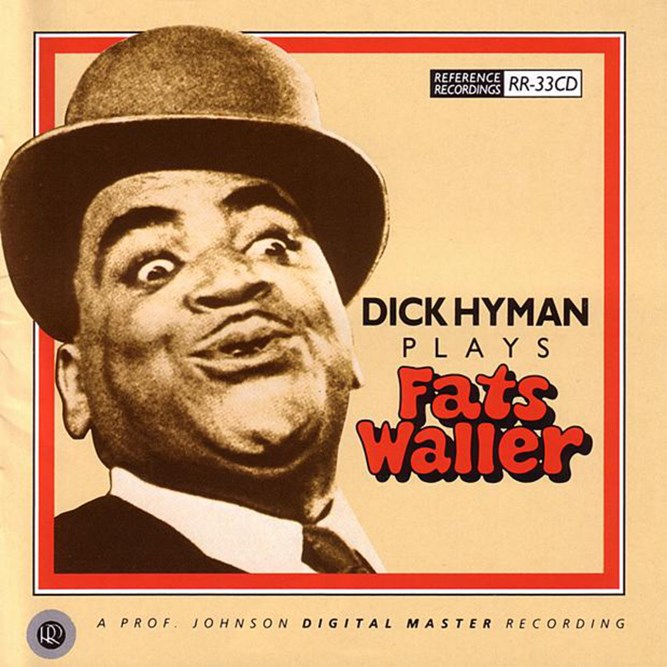