'Mississippi' is unmistakably one of the superior tracks on 'Blue Grooves from Vienna', which is an exciting and enjoyable experience.

In the early 1960's a love of the blues took hold of the man whom Bo Diddley described as "one helluva guitar player" and it has not let go since. Especially the country blues with its earthy and heartfelt sound impressed Hans Theessink and played a major role in his development as a musician.

Theessink's roots are unmistakably founded in blues. However, Theessink has also been influenced by numerous other aspects of roots music, so much that musical variety has become his trademark. And perhaps that is not so strange for the Dutch native blues singer, who lives in Vienna and tours allover the world?

Hans Theessink's first recording was an EP in 1970. Since then his music has continually developed and so far he has released some 20 albums, a songbook, a blues-guitar instruction video and a DVD.
Theessink's CD's are almost guaranteed award winners. And his productions are generally known for their excellent sound quality and are in big demand in hi-fi circles.

'Blue Grooves from Vienna' is Hans Theessink's 50th anniversary celebration on the Minor Music Records label and is accompanied by a large array of instrumentalists and fellow vocalists. 'Mississippi' from this compilation is unmistakably one of the superior tracks on the CD.
It is an exciting and enjoyable track because of Theessink's dynamic way of using the attack of his voice and the come soft/come hard guitar-play, combined with the "New Orleans" style use of a tuba for the bass-line. 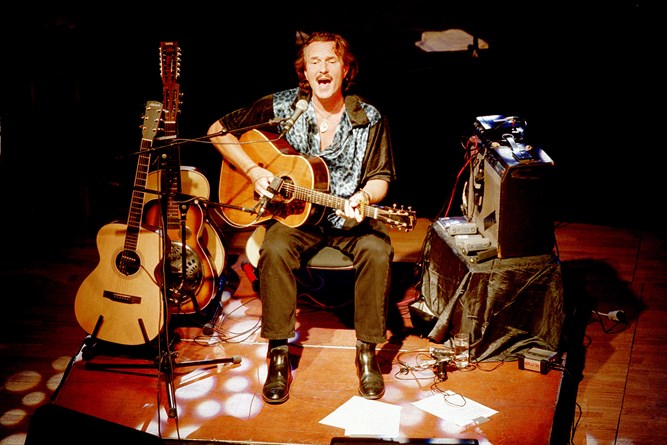