'Stimela (The Coal Train)' is a dynamic track of excellent quality and as a live recording it is one of our favorites. It is as if you are actually standing there in front of the band on that sunny afternoon at the Blues Alley.

High Masekela is a world renowned trumpeter, flugelhorn and cornet player, as well as an acknowledged musical ambassador. Born in South Africa, he was exiled in 1961 and lived in the United States until the early 1990's when he returned to his home country.
He became known for his contributions to the albums of his friend Harry Belafonte, The Byrds and Paul Simon. He toured with the latter on his acclaimed but also controversial Graceland tour.

With the album 'Hope', recorded in 1993, Masekela realized his dream of recording "South African music in its truest contemporary forms." The songs on the album are a selection of the most enduring songs of his career and were recorded live at Washington DC's Blues Alley.

Born in the coal-mining town of Witbank, a hundred miles east of Johannesburg, South Africa, his hometown harbored a large conglomeration of migrant laborers from Angola, Mozambique, Malawi and many other parts of Southern Africa. During his childhood, he was raised in a house where the miners would spend their weekends drinking and telling their miserable stories of the underground life in the mines. Years later, Hugh Masekela transformed their stories into 'Stimela'. The song is compelling and it's subtitle is very vividly portrayed. Also making this song very worthwhile is Masekela's flugelhorn solo, in which he demonstrates his musical skills.

Apart from the American no. 1 hit 'Grazin in the Grass' and the 1987 hit single 'Mandela - Bring Him Back Home', 'Stimela' is probably the best known song on the album. This track is also widely used as a demonstration track for hi-fi systems around the world.

We chose 'Stimela' because of the extreme dynamics and excellent quality of the recording. The band grooves like there is no tomorrow and the laid back performance forces the listener to ask: How can there be anything so laid back and yet so tight at the same time?

As a live recording it is one of our favorites. It is as if you are actually standing there in front of the band on that sunny afternoon at the Blues Alley. We like it very, very much. 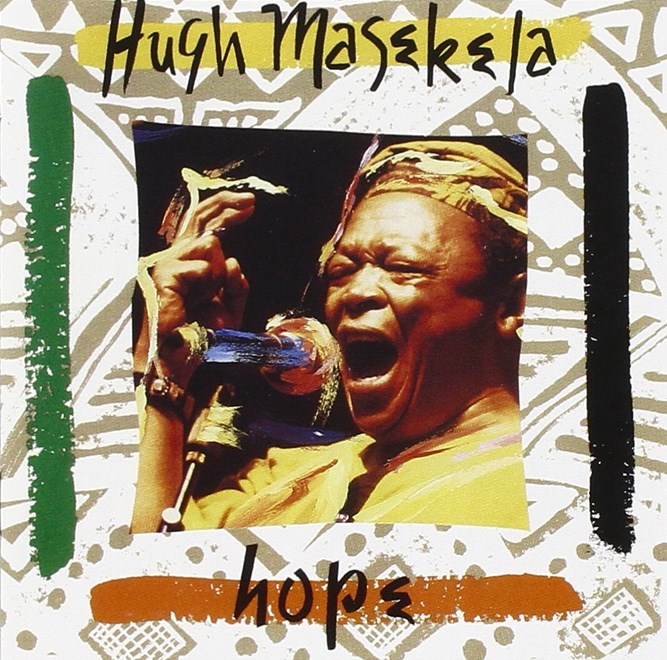