In 1996 Jan Akkerman put his more than 30 year career into perspective. He recorded 'Focus in Time', part retrospective, part overview of his musical luggage from where 'Am I Loosing You' was taken.

Dutch guitar player Jan Akkerman has long been (and to some still is) regarded as one of the best guitar players in the world. The renowned Melody Maker magazine elected him "The best guitar player of the world" in 1973. Yet, if you ask a younger person who he is, not many will recognize the name.
Akkerman made his name during the 1960's and 1970's with the hit 'The Russian Spy and I' with the band The Hunters, which featured the famous lick that made his name in the music business.

Jan was asked to play guitar on an album by vocalist Kaz Lux in 1969. This recording project turned into the band Brainbox. Their one and only album was released at the end of 1969 and was immediately hailed a Dutch progressive rock classic. Featuring covers like 'Summertime', 'Sinner's Prayer' and 'Scarborough Fair', Akkerman arranged the cover version in a very original way and played some marvelous guitar solos.

In 1970, Jan Akkerman became a member of Focus that became popular all over the world. Akkerman also started a solo career, which led to a number of albums. Interestingly he played an alto lute on some of them, which seemed to shift his attention to other string instruments such as various guitars and electric sitars.

In 1990 his album 'The Noise of Art' was released, which was his first album to be released worldwide since 1979. In 1996 Jan put his more than 30 year career into perspective. He recorded 'Focus in Time', which was part retrospective and part overview of his musical luggage. It is from this album that 'Am I Loosing You' was taken. 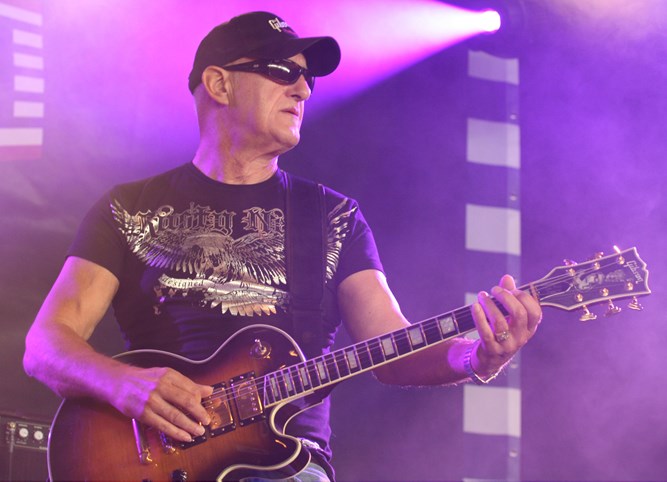