John Campbell's dark, raw and expressive voice underlines the lyrics of the old Tom Waits song 'Down In The Hole' so effortlessly. I our opinion it is a great recording from a great musician.

Blues guitarist John Campbell, a self-proclaimed hoodoo man, was born in Shreveport, Louisiana in 1952.
He was first exposed to string music at an early age by his grandmother, who played a Hawaiian-style lap steel guitar. At the age of five, John received his first guitar and was quickly consumed by a desire to learn as much as he possible could. He began playing professionally by the time he was 13, opening shows for great blues artists such as Son Seals and Albert Collins. But it was not until his other passion, drag racing, kept him in the hospital for a year that he really discovered the blues. After a serious accident that nearly killed him and left his face horribly scared, he used his period of recovery in the hospital to study the music of Lightnin' Hopkins, John Lee Hooker and Muddy Waters.

At the age of 16, John Campbell left home to seek his future as a musician. He played wherever he could find an audience; mostly on street corners and at gas stations. He first traveled to New Orleans, which he regarded as a musical Mecca, but he only stayed in most places long enough to make enough money to survive before moving on.
By 1985, John Campbell moved to New York City where his talent earned him work opening shows for some of the biggest names in blues music as they passed through town. And he started touring and playing at festivals in Europe and throughout the US.

However, it is not before the beginning of the next decade that John Campbell is discovered by Warner and is offered a recording contract, which results in the album 'One believer', released in 1991, followed by 'Howlin Mercy' in 1993. Just about 4 months after the release of 'Howlin Mercy', John Campbell dies of a heart disease.

We chose John Campbell's version of the old Tom Waits song 'Down In The Hole' because of his dark, raw and expressive voice that so effortlessly underlines the lyrics.
A very nice touch to the track is the nontraditional use of ceremonial Indian shaking. And according to the credits the following were used to get the effect: Coyote skull, bones, beads, bags, feathers and rattles of snake.

In our opinion it is a great recording from a great musician. 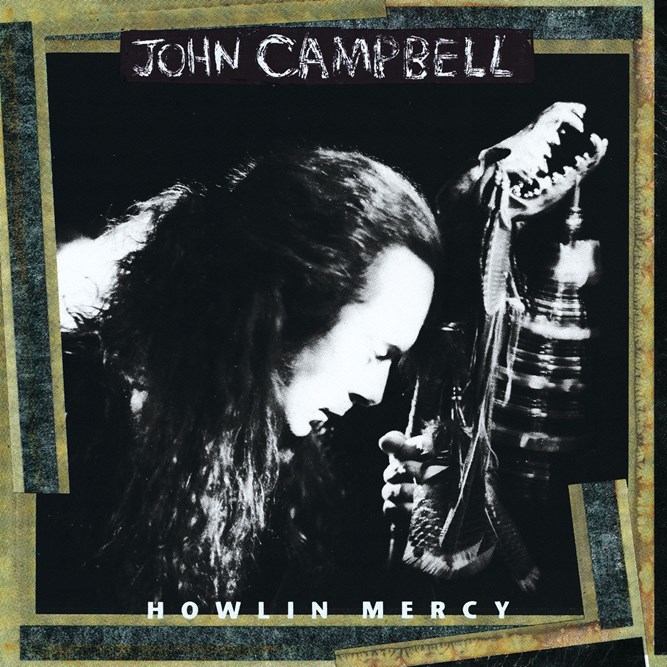