Terry Evans' voice and guitar-play on 'Get Your Lies Straight' pays tribute to the blues legends as a whole - and boy does this band swing and rock and roll like the party has just begun.

Growing up in Vicksburg, Mississippi, in the heart of the Delta, young Terry Evans sang in church choir as a tenor, baritone and a bass. He was not allowed to sing secular music, so he had to sneak out to hear and sing the then forbidden music, rock and roll. And Terry secretly listened to artists like Elmore James, Little Walter, Albert King and B.B. King, to name a few, and decided he wanted to be a soul singer.

In the sixties, Terry Evans worked with an a cappella group called The Knights. Terry then moved to the West Coast where he first learned to play the guitar, started writing music and soon became a prolific songwriter.

Long before Terry made his first recording fronting his own band, music fans were probably well acquainted with his amazing voice. For years, he was one of Los Angeles' foremost session vocalists, receiving a gold record for his work on John Fogarty's 'Eye of the Zombie' and recording with Ry Cooder, Joan Armatrading, John Lee Hooker, Boz Scaggs, Maria Muldaur, Pops Staples and many other well respected artists.

He teamed up with singer Bobby King in the early seventies; they toured as a duo, appearing at many prestigious clubs and festivals.
In 1976 when Ry Cooder was looking for background singers, Bobby King recommended Terry. Their distinctive voices became a feature of several of Ry's critically acclaimed albums. Maintaining parallel careers as backing singers and as headliners, Bobby and Terry continued to tour as a duo. Terry sang lead vocal on 'Down in Mississippi' on the 'Crossroads' movie soundtrack album with Ry singing the title song. In the actual film, Terry sings the title song.

In addition to his work with other artists, Terry Evans recorded two albums with Bobby King as well as six of his own. He is now touring with his own band.

This track was an easy choice. The spoken intro is funny without mugging the genre. Terry's voice and guitar-play pays tribute to the blues legends as a whole - and boy does this band swing and rock and roll like the party has just begun. They sound like they had fun doing this track and there is just no way you can not have your foot tap the rhythm while you hear it. A good recording and a great musician. 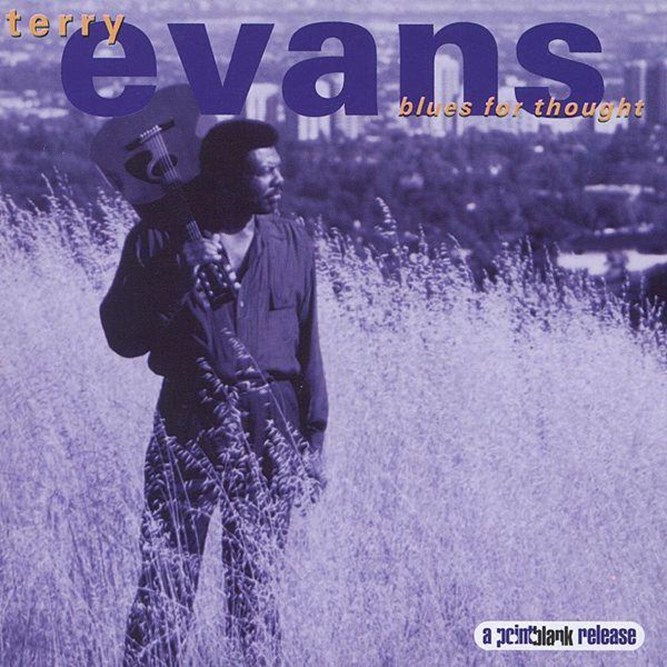