Eight Bars on the Way Home is a purely improvised tune created during the session by Lennart Ginman, Thomas Blachman and Carsten Dahl, perhaps Denmarks finest modern jazz trio. The three long-time friends have performed together for years. They signed an international record deal with Verve Records more than ten years ago with the goal of operating as an independent creative unit recording and performing live with a variety of Danish and international soloists.

All three are major figures in the Danish jazz scene and beyond; Thomas Blachman is not only a strict X-Factor judge, but also producer and Grammy winner, as well as drummer. Carsten Dahl is a former professor at the Rhythmic Music Conservatory, as well as a Grammy winning soloist. Lennart Ginman won wider acclaim outside the realm of jazz as half of Ginman/Jorgensen in the 90’s and as the former music coordinator for Copenhagen Jazzhouse. Better than any other active Danish jazz trio, the three combine tonalities, hard swing and spirituality with an easy-going attitude and tradition with personal re-invention.

The band wanted to have visual contact with each other when recording. The session was one long string of improvisation. We did over 20 recordings and chose this one for the Dali CD. Our grand piano is normally placed in our main room, so we had to move it down the recording area in the basement, resulting in a couple of extra tunings, before we could begin recording. 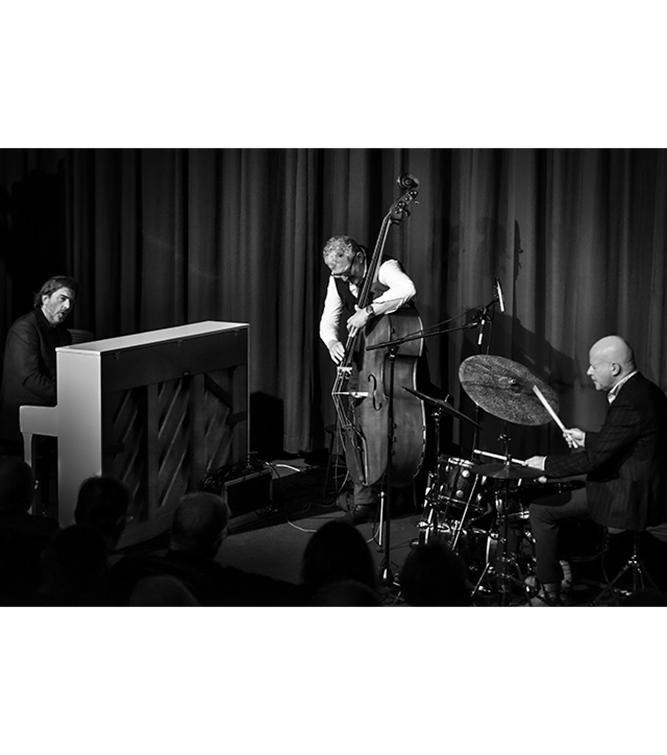