LiveStrings is young, passionate string ensemble based in Copenhagen, all trained at The Royal Academy of Music in Copenhagen, with further study in New York, Chicago, London, Berlin, Paris, Cologne, Stockholm, Trondheim and Zagreb.

LiveStrings performs and records with artists from different music scenes, integrating classical and chamber music with a range of other forms of musical expression and have toured extensively in Europe and Asia.

“Norwegian Sunset was one of the first songs we worked on for our album in collaboration with composer Bent Fabricius-Bjerre, who has a rare gift for beautiful and moving melodies.

“Norwegian Sunset” is included in the soundtrack of the animated film Bjergkobing Grandprix from 1978, which we grew up with. This fine tune full of innocence and melancholy has a very special place in our hearts”. 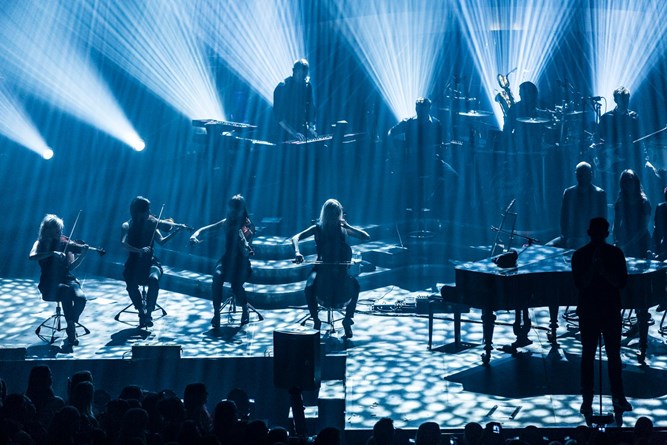