Kajsa Vala’s music is a mixture of what she grew with up. It’s about Scandinavian roots, warmth, and the sense of conveying an honest story accompanied by a melody that speaks the same language.

What does Iceland, Nashville and Aarhus have in common? Well, at least one thing: Kajsa Vala!

The young conservatory-trained singer, guitarist, and songwriter with Icelandic roots expresses herself through Nashville inspired music and lives and tours currently in Denmark. And it doesn’t make her feel split between different cultures or musical traditions, she explains:

- I just see it as me, I guess. I don’t know if it’s a strength. But it certainly contributes to the way I write and play music. I have never felt more at home in my music than I do in Nashville, Kajsa Vala states.

The honest mix of Nashville and Scandinavia
- I think it’s because that’s where I “grew up” as a songwriter during the past 10-12 years. And evolved as a musician and as an adult person. On the other hand, I love living in Aarhus in Denmark. I have a great network of good friends here whom I love playing with, and I have most of my family here. I think my melancholy Scandinavian roots mix well with the American songwriting tradition, which is honest and true.

She describes her own music as mixture of what she grew up with. Singer/songwriters such as Joni Mitchell, Leonard Cohen, Johnny Cash, and more modern takes on Americana like Lucinda Williams, Patty Griffin and “maybe a tiny bit of blues, folk-rock like Bonnie Raitt, and Neil Young”.

- I don’t know, I never think of what genre I’m writing in. I just write songs and play and arrange them like I hear them in my head, she smiles.

The Nordic melancholy
We talk to her as she is sitting on her couch by the window, overlooking the harbor of Aarhus. It’s cold and it’s snowing. Her young daughter is napping, and she can hear her downstairs neighbor listening to music. It sounds like a band that sound like Radiohead.

When asked if her Icelandic background shines through in her life and musical expression, she underlines that she never lived in Iceland, but that there probably still is a connection between personal background and music:

- I like to think the melancholy that is typical of Icelandic and Scandinavian music stems from my roots there. I have always been drawn to melancholic melodies and lyrics ever since I was little. I always wanted to hear the sad lullabies and children’s songs, she says. 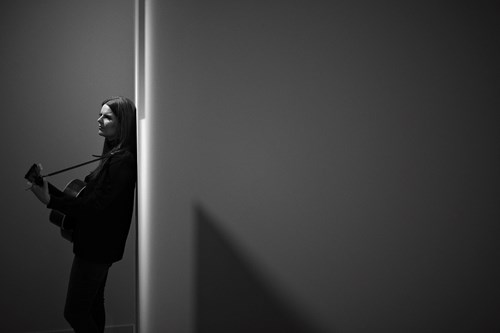 What is a good song
She defines a good song as “an honest story accompanied by a melody that speaks the language of that story”. She highlights Leonard Cohen’s Famous Blue Raincoat as such a song beside Joni Mitchell’s Little Green and Lucinda William’s album West, which she claims make her tear up every time she listens to it.

- It’s a hard question, there are so many good songs. And I think my answer would be different in a week and a week ago. I constantly try to keep myself inspired by different songwriters and poets. I also want to mention the Beatles that had a big influence on me when learning to play guitar as a kid, and Patty Griffin, whom in my opinion is one of the greatest songwriters in my time.

Life, love, music
Music, books, family, friends, travelling – just being alive. These are some of the keywords in the life of Kajsa Vala. And the people in her band, whom she considers to be family, drives her music:

- It may sound as a cliché, but me and my husband, the drummer in my band, are trying to make a living that leaves room to live. We don’t want a big house and two cars, we want to keep our expenses down and live more sustainable. And that, in turn, leaves room to be with our daughter, play music, record, go on tour and do all the stuff we love to do. So, 3 keywords would be: Life, Love, Music.

New single out
Her new single, Here Comes Winter, is a good example of the values behind her music:

- Here Comes Winter was inspired by the colors that the trees get around my hometown in late October- November – as a kind of a warning sign that summer is really over, and now here comes winter with its dark days and cold winds. Just chugging away on my dobro guitar, I came up with a story about a summer-fling that is bound to end, because the person singing is drawn to the darkness of the Scandinavian winter –  and thus a bright summer flirt can’t survive in such serious darkness.

The second newest single out, Let the Dust Fall, is about daring to tare something down which is holding you back, or letting go of a love you lost. About not being afraid to be vulnerable and to love again. The video, directed by Kristopher Paterson, is based on a North Atlantic – Scottish, Faroese and Icelandic – legend of the Selkies. A seal-folk, who shed their skin and leave the sea to live with humans and then get trapped. Romantic tragedies. I love what the whole team did on that video, Kajsa Vala says.

Ideal sound is about warmth and tubes
Kajsa Vala grew up with vinyl, as she puts it. She didn’t get her first cd until she was 14 years old, and her dad build his own speakers, so the family had great sound at home in her childhood:

- I have listened to my share of bad mp3’s in the 90’ies and beginning of 2000s. So, it was really great for me to get back to vinyl. Now I only have a record player and my grandparents’ old receiver and speakers. All my cd’s are in boxed in storage. I mostly listen to vinyls and sometimes streaming service in the car.

- I am guitar-geek and own a bunch of vintage guitars. So, the ideal sound for has always been about warmth and tubes. I love what I can only describe as the “warm sound” of a vinyl record. And I can definitely hear the difference between a mediocre and a great speaker, I just always prioritized instruments rather than hi-fi equipment.

Touring and recording new album
Currently, Kajsa Vala and her band are touring Denmark and making a record at the same time. Her future plans include releasing her second album in the fall of 2018 and touring a lot more to present herself to new audiences and, hopefully, at some point touring the rest of Europe and maybe America too. 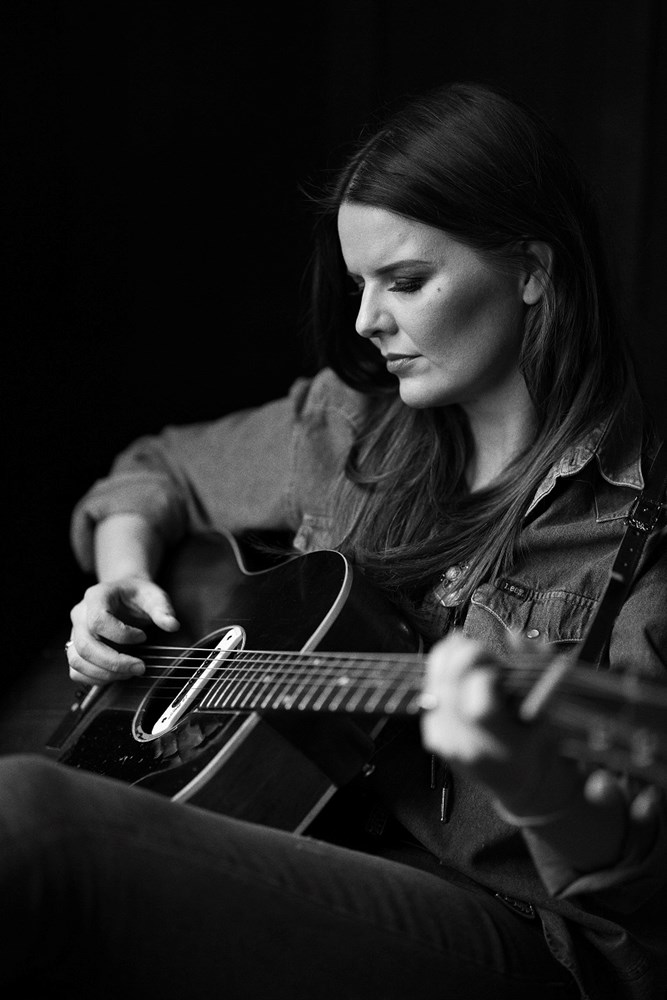