Meet The Chairman! We had a talk with the talented young artist about Judgment Day, love, and the year 2064.

5 stars in leading Danish music magazine Gaffa and a lot of airplay. The Chairman, a.k.a. Lucas Berner, is well on his way to establish himself as a profiled new artist having releases his alternative pop album “2064” about – nothing less! – the end of the world and lost love.

We had a talk with young Lucas Berner and had to ask him the obvious questions: Why “The Chairman”, and why “2064”?

- I needed to create an alter-ego to take over some of my ideas. So, The Chairman has become a channel for me to give expression for darker and less pure thoughts.

- The album is divided into two parts, before and after the year 2064. Overall, the record is a love story, and if I was to dramatize the feeling of losing someone you love, then Judgement Day is the most brutal thing I could think of, Lucas Berner explains.

- In 2064, the protagonist is alone in a post-apocalyptic society where he slaves away while missing his loved one. Before the fall of the society – which on the album occurs around the songs “Settling on the Ocean” and “Coming Back to the World” – the protagonist is still in his relationship, and all these songs are stories about what it’s like to be in a relationship with a person that means the world to you and the fear of losing that person. 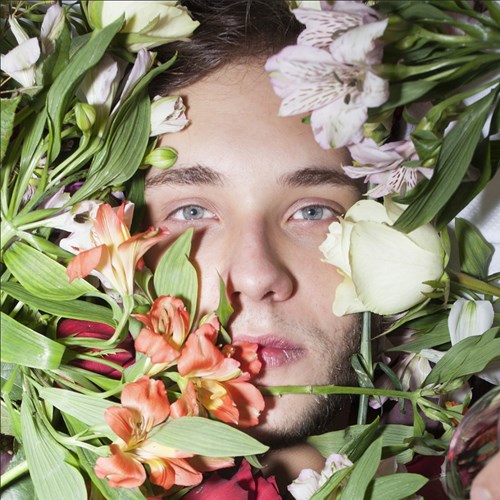 A Little Company
His music has been described as “singer-songwriter chamber-pop”. However, The Chairman and Lucas Berner doesn’t quite see the definition as the full story:

- I can’t deny being a singer-songwriter. But I think there’s been a tendency to associate me with artists that I do not personally feel I have something in common with. Usually, I just call it Alternative Pop – which means that I can act reasonably freely across all genres and not feel locked up, Lucas Berner says.

He highlights three songs from the album that means something special to him:

- The track “A Little Company” is about needing a helping hand from someone close to you. About feeling lonely or forgotten and the need of company in one’s misery. Another track, “Coming Back to the World”, is a song that means a lot to me. It’s one of the tracks on the record pointing to a genre that I’m moving towards in newer material. “How It Feels” is a personal darling, because it has done so much to promote The Chairman, so far on the Danish music scene.

An open mind and something to say
If The Chairman was to choose three songs that he would like to have written himself, he mentions The Beach Boys’ “God Only Knows”, The Beatles’ “A Day in the Life”, and Sufjan Stevens’ “Impossible Soul”. And the last-mentioned is one of the favourite artists currently playing on Lucas Berners’ loudspeakers. How does he find new inspiration?

- It varies a lot, even being inspired at all. It’s more the rule than the exception, when I sit down to produce a new track, that nothing useful comes out of it.

- But to me, it’s important to keep on trying. Even if doesn’t seem to work out, because I still develop my technical skills trying to turn a mediocre idea into a good one. Many artists have inspired me. Lately, I’ve listened a lot to Frank Ocean and Sufjan Stevens.

Which ingredients are important to a good song?

- To me, it’s important not to base my work on genre dogmas and I go into songwriting with an open mind and something to say. If you feel that you have something to say worth listening to for others, then you’ve already come a long way.

The lack of sincerity
So how does he handle his success – and how does it effect on his daily life compared to prior?

- Not that much has changed in my every day life. The difference is that earlier on, when I came into the studio, I had to seek work and fight for interest among potential partners. Now, I begin most days with a clear idea of what I need to achieve and working is determined by a plan I’ve made.

- I do miss a bit sincerity on the music scene. I think there’s a tendency to promote your aesthetics and time-current topicality – rather than writing songs that have relevans to yourself and your listeners.

- There’s room enough to do both as it has always been the case. But it has gradually taken the upper hand and there’s not much left that moves me on a deeper level. 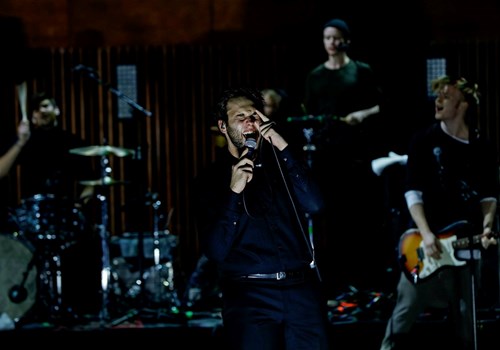 Sound, new music and the future
Lucas Berners’ life revolves around music these days, and naturally the song mixes and sound itself are essential elements to create the expression, he’s looking for – a dependable expression:

- It’s always great to work on good loudspeakers when you need to find out whether a production has potential or not. The music can seem quite finished early in the process.

- Off course, there’s a risk in that as well, because you can lose your motivation for really getting in deapth with anything. So, that’s why I listen to most of the mixes on my kitchen radio at home after they’ve been mixed on dynamic and well-sounding loudspeakers.

The Chairman is busy working on new material in the studio these days. The dream is to be able to establish himself further with a full-time identity as a musician:

- On short-term: My dream is to be able to pay my rent every month via my music. It’s really the only thing I can relate to right now. I just hope to get my music out to as many people as possible and share my thoughts with the world.