DID ANYONE MENTION BACH?

Zagreb Guitar Quartet was formed in Croatia in 1990/91 and started as a school ensemble in the so-called Elly Bašić Music School in the capital, Zagreb. As we all know, Croatia and the Balkans were tormented by a terrible wartime in the early 90s, so in many ways, the band and the rehearsing was the only way to escape from harsh reality.

Since then, many people have passed through the quartet. Yet, Krunoslav Pehar and Melita Ivković, whom we have the pleasure of talking to, are the only remaining members from the period. Melita tells us that the early Quartet was also very much about friendship.

They spent a lot of time together and when not rehearsing, they spent evenings together listening to Keith Jarrett’s solo piano albums and Julian Bream guitar recordings. Just to name a few. Bream was a huge guitar influence, according to Melita.

From Bach to jazz and Latin American
And today, the before-mentioned Bach is still a recurrent name on the repertoire:

- For instance: Once we played an outreach for Boys and Girls club in USA, and teenagers who normally listen to hip-hop, r & b, told us that they enjoyed Bach the most (although we also played some Latin, Spanish, rhythmical pieces).

- That makes a few interesting points: that we play the best when we play the music we like the most, and that Bach's music transcends all genres and prejudices.

That’s not all about Bach. When I ask who some of their favorite composers to interpret are, Melita responds:

- Did anyone mention Bach? OK, we played a lot of repertoire from the renaissance to jazz, really. For example, French clavecin music (Francois Couperin) sounds fantastic on four guitars. Our arrangements of Oscar Peterson piano music are also well-accepted. Latin American music is a world in its own right: Alberto Ginastera, Astor Piazzolla...

- I mention arrangements (transcriptions) a lot because there is not so much music written originally for guitar, let alone four guitars.

All music is in the same ocean
As regards modern, rhythmic music, Melita explains that some contemporary composers can make four guitars sound like modern rhythmic music – such as Leo Brouwer’s works for guitar quartets. And the guys in the quartet played in bands when they were young, while Melita has a Bossa nova project with a singer herself.

Space for great acoustics
Do you get inspired by modern day rhythmic music when interpreting classical music?

- We get inspired by everything - jazz musicians, for their freedom and expression, for example. It is not so different from the music we play. Graphic design is about the use of white space, and music is also about the use of time/space. In any style.

- Or call it groove, if you like - you have as much groove in Bach as you have in modern music. Steve Reich said "You’re fishing in your unconscious, which is filled with music history". All music history is in the same ocean.

- Some rooms and churches have such a beautiful sound that new beautiful ideas just emerge on the spot. On the other hand, some too-big churches just eat your sound, and people not sitting close enough just hear some psychedelic mumbo-jumbo.

- Some of the best places for classical guitar are: old, small, stone churches along the Dalmatian coast. Also, when we played in Denmark 2 years ago, there was that Hellig Kors church in Jyllinge, a fantastic place, Melita says.

Recordings and hi-fi
Acoustics and sound obviously is a crucial part of being in a classical guitar quartet. What are their thoughts on good sound, hi-fi, and loudspeakers?

- We started as a group of enthusiastic youngsters and we worked for years as a concert group. When we entered the studio for the first time – after several years of concert experience – we were shocked by the sound.

- Classical guitar is not easy to record. It takes a good engineer and it took our experience over the years to shape our sound accordingly. That is why it took us some 15 years to release a CD.

- A few years ago I met my boyfriend Predrag Ćosić, who is a sound engineer and a (rock, jazz) guitar player. Here in Zadar, we opened a recording studio and the quartet now records here as do some other musicians. I feel that we finally have that important step in a life of an ensemble - your own studio space and time.

- Speaking of the hi-fi world, it is true that we musicians often lack the good hi-fi equipment. Not because we are ignorants, but mostly because we are out of money, Melita laughs.

Recordings for the future
What's it like being a classical guitar group in the music industry and the modern day media world?

- Classical guitar is a small niche in an almost non-existent classical music industry. Which itself is a tiny part of a declining music industry - very optimistic, isn't it? On the other hand, I like the fact that we can today bypass the traditional ways of distribution and release our music online, so people all over the world can find us.

- Recording is now the priority. We would like to leave some good music behind us. Ambition is to learn and grow, personally and in the quartet.

Melita is in the Dalmatian coast city Zadar and it’s a beautiful spring evening after a sunny hot 20 degrees Saturday, as she answers these questions.

The quartet has just been to Brussels in Belgium to play at the city's International Guitar Festival. Let’s hope the audience of the evening had the best possible sound and acoustics to enjoy this competent classical group from Croatia. 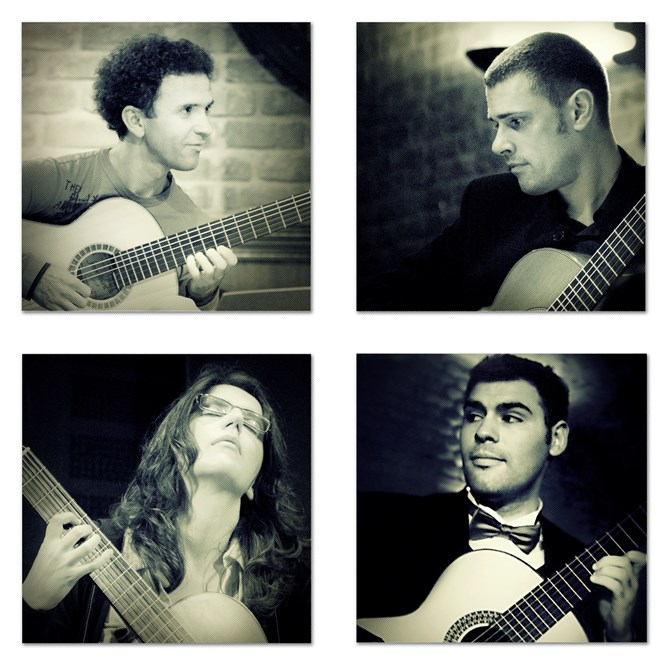 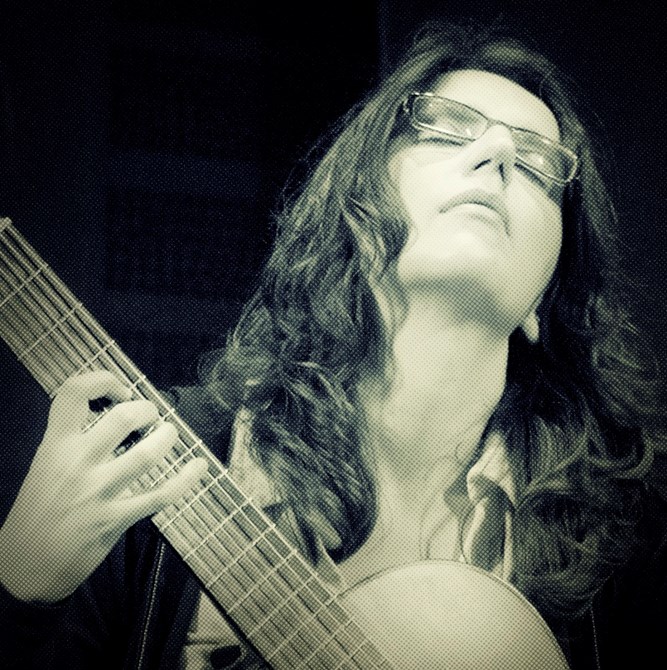